This gigantic mosaic photograph consists of thousands of individual images taken from an orbiting array of satellites, and features Orbis Cloudforms™, the most photorealistic depiction of our world’s atmosphere ever created. 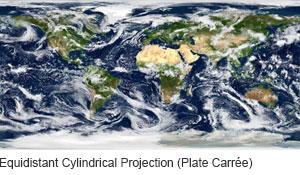 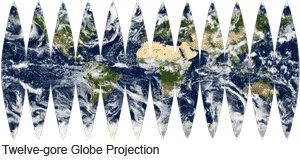 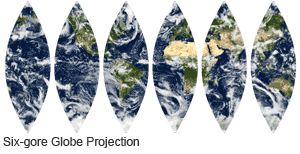