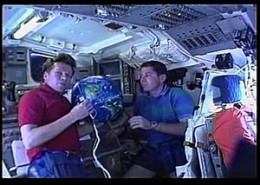 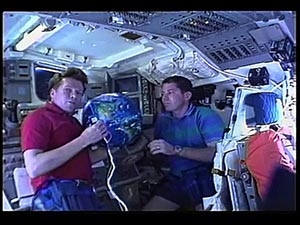 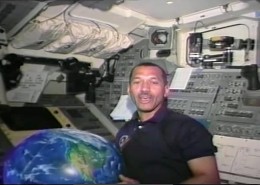 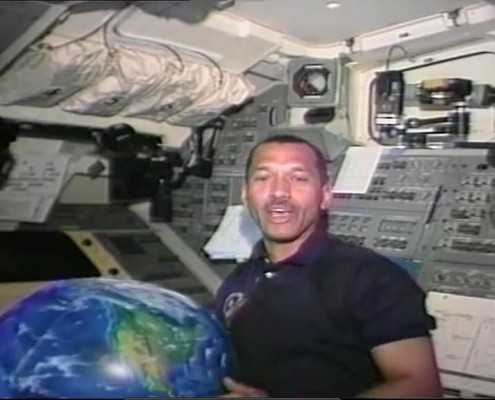 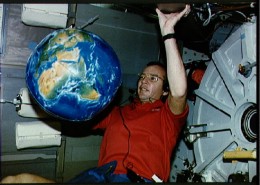 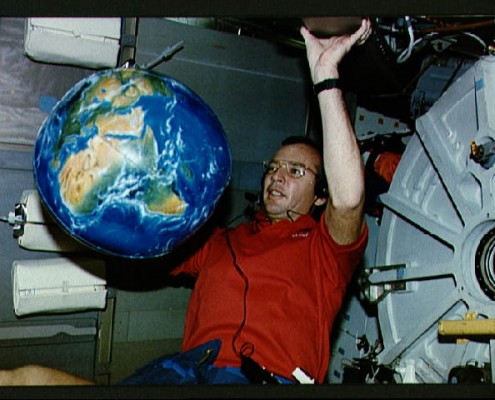 EARTHBALLS IN SPACE: A TALE OF TWO MISSIONS

In March of 1992 and again in November of 2009 the NASA Space Shuttle Atlantis was launched into orbit with seven astronauts and an Orbis EarthBall onboard.

During the first 9 day mission: STS-45 in 1992, comprising 143 Earth orbits and 3.7 million miles, the astronauts deployed the Earthball as an assistant in filming the educational video “The Atmosphere Below.” This NASA-produced educational video featuring the orbiting EarthBall shows how changes in the Earth’s atmosphere are investigated from outer space aboard the shuttle. 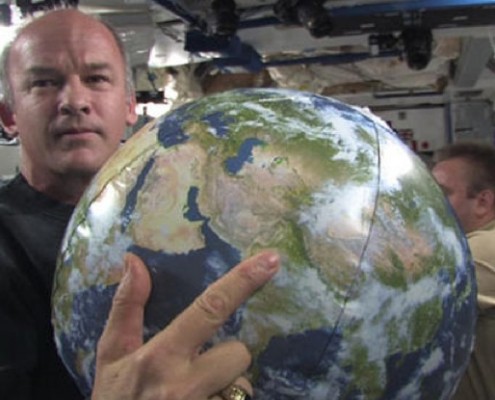 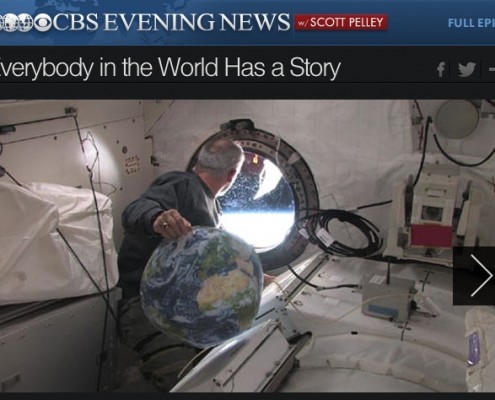 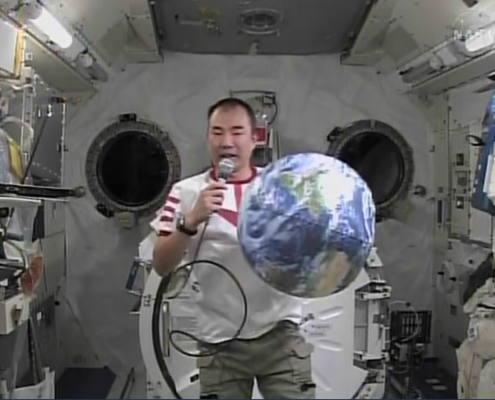 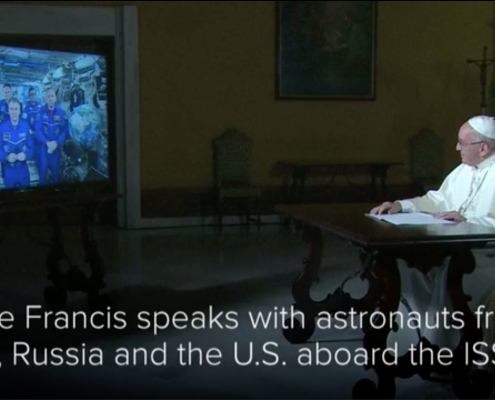 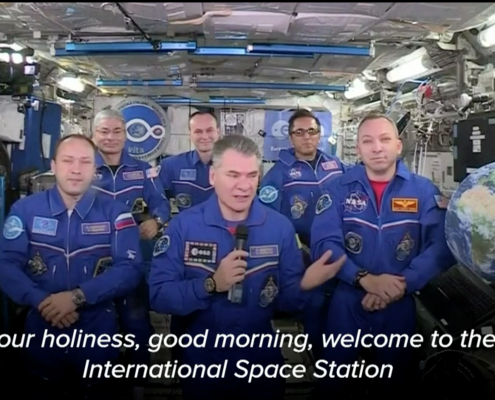 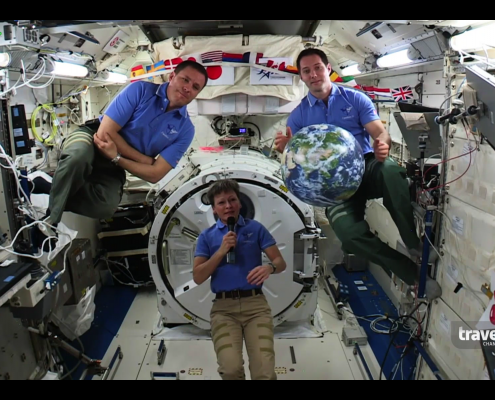 For the second 10 day space mission: STS-129 in November of 2009, CBS News correspondent Steve Hartman arranged with NASA to launch another Orbis EarthBall into orbit on the Space Shuttle Atlantis, delivering it to Commander Jeff Williams aboard the International Space Station. Commander Williams utilized his high-flying Earthball to randomly select various locations around the planet, which Steve Hartman would then visit to tape human interest stories about the local residents. Watch “Astronaut Jeff Williams, Travel Agent” on CBSnews.com. Another segment describes the origins of our EarthBalls in Space project: “Everyone in the World Has a Story”, also on CBSnews.com.  In the final episode of this series, Steve Hartman visits Commander Williams back on Earth at his Houston home and experiences a delightful surprise: “Everyone in the World Has a Story” (Final Episode).

On 26 October 2017, Pope Francis held a video conference with the six orbiting astronauts aboard the International Space Station. Throughout this historical event, during which the astronauts spoke about the fragile beauty of Earth from space, the orbiting ISS EarthBall was prominently displayed for the Pope and the world to appreciate.